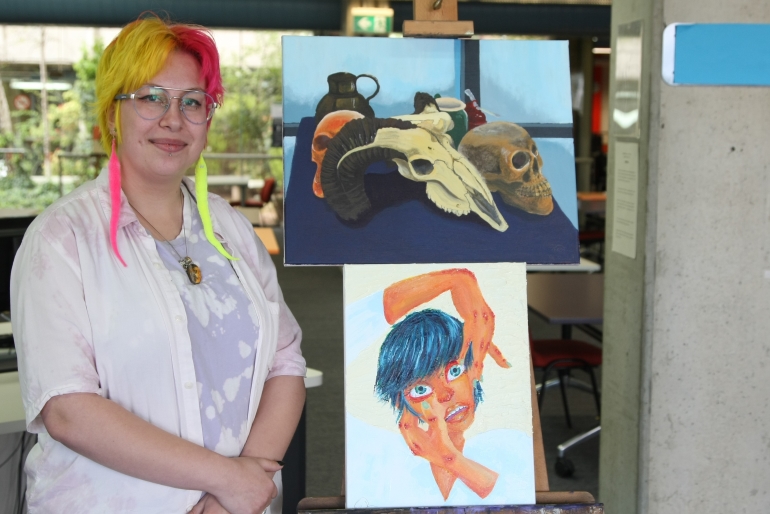 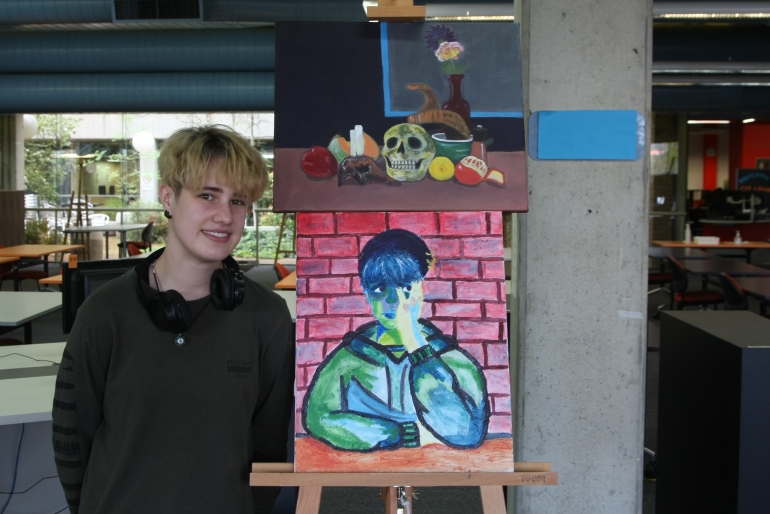 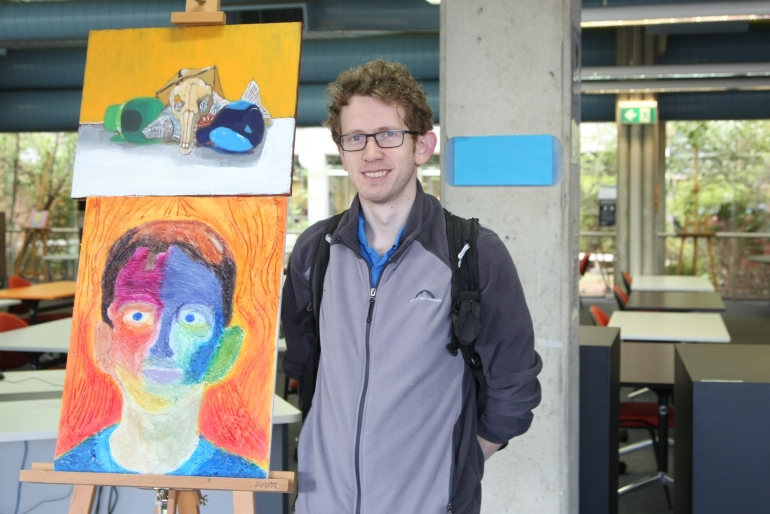 The Canberra Institute of Technology Library at Reid is playing host to a series of artworks produced by our very own art students. This is an opportunity for students to publicly display their work, while also adding a bit more colour to the Reid Library.

This exhibition is the brainchild of CIT Visual Arts teachers Bernie Slater and Paul Murray, with Liaison Librarian Nicole Gammie, who worked together to make the library a place for the Certificate IV in Visual Arts (CUA41315) and Diploma of Visual Art (CUA51115) students to display their most recent works.

Paul said the work on display was part of a series inspired by two artistic movements. "The first series was based on the traditional notion of the 'Vanitas' still life - using painted objects as symbols for life's journeys."

"Students were given a brief to closely observe and paint their own selected objects. Compositional angles to create drama were a key consideration and, prior to painting, the students took photos to decide upon their preferred orientation for the arrangement," Paul said.

Twentieth Century German Expressionism was the inspiration for the second series of works. "Students were tasked with creating semi realistic self-portraits that encompassed creating texture on the canvas prior to painting their portraits. They were required to contemplate and express the experience of life during the first and second world wars," Paul said.

Nicole said the artwork is available for anyone to come and see. "Paul, Bernie and their students have transformed the library space using easels and plinths to display the works for us all to enjoy. Having the works displayed in the library creates an opportunity for all staff and students to come in and appreciate the talent of the CIT art students."